In the beginning there was emptiness. Out of nowhere the Stick Bang originated the first black dot. And one became many. From this, the STICKS WITH ATTITUDE emerged and evolution took its course. They began to fill The Void with attitude.

Still living in a simple black and white world and always continuing evolving. Their future is influenced by decisions of the S.W.A COMMUNITY and international artists. All STICKS WITH ATTITUDE feature positive attitudes, spreading the message of STICKMANITY everywhere.

Decide on the future of STICKS WITH ATTITUDE by filling the void with our STICKMANITY.

The STICKS WITH ATTITUDE - HERE TO STAY!

A NFT COLlECTION OF 10101 UNIQUE STICKFIGURES

The simplest NFT ever - made from 175 visual traits, emanating good vibes

at Some random pieces From our NFT ColLection...

Striving for STICKMANITY means thinking and acting in awareness of the dignity of the human and digital being. STICKMANITY stands for a movement spreading love, anti-racism, anti-fascism and anti-sexism. This is our simple approach to join everyone's efforts to do good on a small scale - creating a big impact together. This principle is our manifesto and every owner of an S.W.A NFT will spread this mindset. Our goal is to build a strong community and create a cheerful sensation in the NFT and art scene!


Let's stick together! Join the evolution of the STICKS WITH ATTITUDE.


We create art, support art, live art. The STICKS WITH ATTITUDE NFTs are hand-drawn digitally with lots of love and attention to detail. Our NFT are inspired by cave paintings, the oldest art known to mankind. We continue the movement of Dadaism and bring it to a new awareness - always filled with a sense of humor. These iconic pieces of art will become the center of digital and real world art exhibitions and projects. 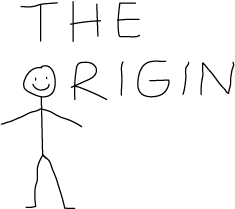 BACK TO SIMPLICITY - THE DRAWN OF MANKIND

With the STICKS WITH ATTITUDE, we created unique works of art that are born to the blockchain but will cause a buzz in the real world! This is the only NFT species that has simply positive attitudes. This iconic style has been known since the dawn of mankind. Every S.W.A NFT is unique and carries a positive attitude. This is the rise of STICKMANITY. The simplest NFT ever - Back to simplicity!

THE ART
We create art, support art, live art. For this we will create various projects as part of the STICKS WITH ATTITUDE distributing them to our community. We collaborate with influential and established artists and galleries to support the next generation of upcoming talents. Additionally, we will use the revenues to support worldwide projects that combine humanitarian and artistic efforts to do good for the whole of mankind.
THE BRAND
The Drawn of everything. We are becoming a brand. Everything is possible here - from new collections to merchandise and film. It's about entertainment and that's what we're good at. Let the STICKS WITH ATTITUDE BRAND grow.
THE AIRDROPS
Exclusive NFTs are dropped among our holders. We will create NFTs for all of our output among marketing campaign - which will be extensive, but always unique!
THE UTILITY
Use your NFT to get access to digital and real-world art raffles and participate in votes that affect the future of STICKS WITH ATTITUDE. Use your AVATAR to join a compatible Metaverse (The Awakening).
THE AWAKENING
We will deliver an AR AVATAR of your S.W.A for integration with compatible metaverses and gaming zones. Imagine your 2D Stick in a 3D Metaverse - going to your next digital event looking like your S.W.A! Big fun!
THE MORPH
Start breeding of descendants and take part into evolution. The S.W.A look into a bright future and it is on all of us to make it happen. When time has come we will start a breeding options to your S.W.A NFT - bringing new descendents to the blockchain.

CREW WITH ATtITUDE
We are a team of award winning designers, producers and and developers around the globe who had a simple but brilliant idea and are sticking to it. Our mission is to enrich the blockchain with unique projects - and lots of fun! We are working hard to reach our goals and stay true to our hearts. If you want to get to know us, meet us at discord. 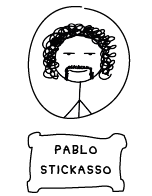 Art is an essential part of fart 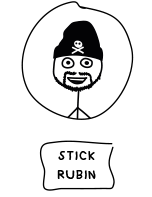 Not a complete idiot. Some pieces are missing 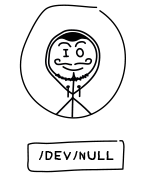 just ones and zeroes - that simple